I like symmetry, and I like geometric patterns. And in the quest to find and create more symmetric and geometric things, I’ve run across the triaxial weave (literally- a weave along three axes) a few times in the past few months.

When some students handed me a bundle of metal strips (the result of shredding a bunch of hanging file folders) during my office period, my first instinct was: This could make good art.

And after some fiddling around and class periods spent drawing different weaving patterns, 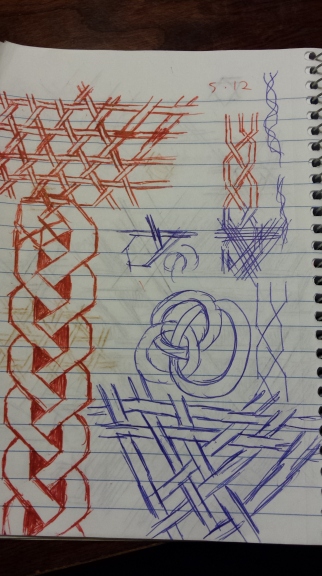 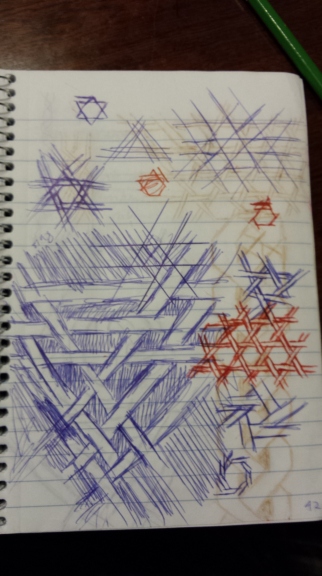 I produced this lovely beauty: 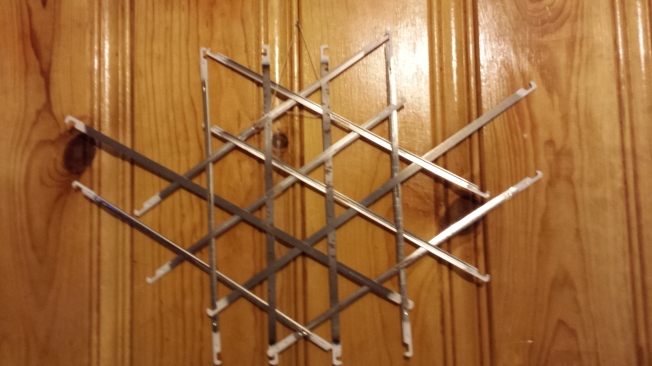 It’s now hanging behind me as I type this, though I’m sure it’s going to get trashed when I go to college.

A few months later, I invested 4 office period for some more weaving: 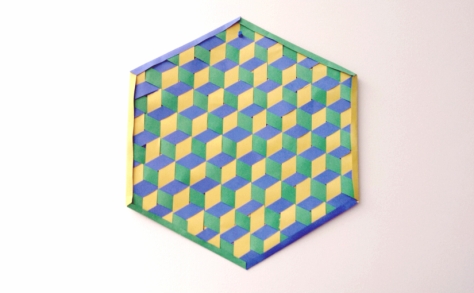 The paper strips were leftover trimmings from larger sheets of construction paper- another fringe benefit of working in an assistant principal’s office.

This article was my main reference on how to start, but frankly it was a lot of trial and error.

Currently on display in the assistant principal’s office. 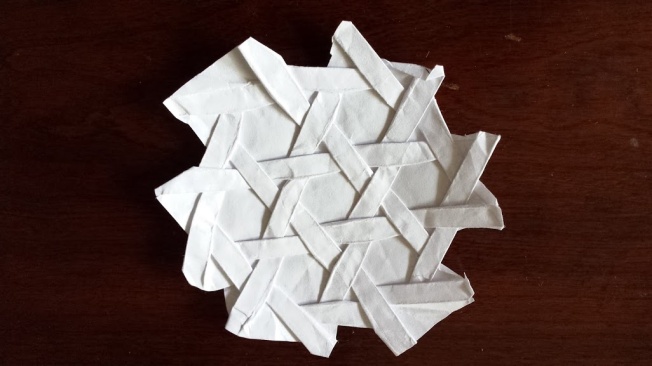 To round out this post, I figured that there was some origami form of the triaxial weave that I could easily make.

The first part was true: Google quickly turned up the Basket Weave Tessellation designed by Joel Cooper, along with the crease pattern.

Folding this was another story. I printed out the crease pattern, cut the paper out, and expected that the model would mostly fall in place once I made the proper folds. Looking at the crumpled model above, that clearly was not the case.

But after a good amount of struggling, I ended up with a messy bunch of folds that looked close to what I wanted to make. Not sure if I’ll ever be making this again.

Music: Untouchable, Taylor Swift and It Is What It Is, Lifehouse

One thought on “One Weave, Three Styles”